Born in Hungary, Schorr was the son of a Jewish cantor himself possessed of a fine voice but who tried to persuade his son to study law. Young Friedrich had his heart set on the stage, however, and after making his opera debut in Philadelphia in 1912 as the Second Monk in Wolf-Ferrari’s I gioielli della Madonna he returned to Graz and sang his first Wotan Die Walküre at the age of twenty-three. He was affectionately nicknamed the baby Wotan for several years afterwards – a response both to his age and his short stature. Schorr went on to sing major roles (including Mozart and Verdi) in Prague, Cologne and Berlin but it was for the Wagner repertoire that he was most in demand. He made his Covent Garden debut in 1924 in the Ring as Wotan/Wanderer and Gunther, conducted by Bruno Walter – in a season that, remarkably, also included house debuts by Frida Leider, Lotte Lehmann and Lauritz Melchior. He appeared at Covent Garden regularly through the next nine seasons, adding Wolfram, Holländer, King Marke and Sachs to his London repertoire – roles he was also singing to acclaim in Bayreuth, San Francisco and at the Metropolitan in New York. His work in Europe ceased with the rise to power of the Nazis in 1933 but by then Schorr had emigrated to New York, where he continued to sing at the Met until 1943 and to teach until his death, in Connecticut, in 1953.

Schorr insisted that Wagner should be sung in the style of Italian bel canto, with emphasis on vowel production and sustained legato in the vocal line. His recorded legacy is a testament to these principles, and yet his diction is always brilliantly clear and precise. He remains a towering figure in Wagnerian singing of the early 20th century. Enjoy this selection of his singing and the glory of a past era: 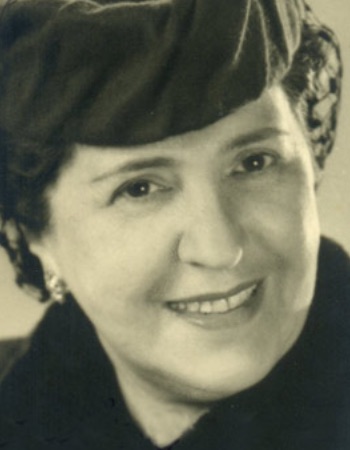 Born in Berlin to working-class parents, Leider initially worked as a bank clerk to support her singing studies. She made her stage debut as Venus Tannhäuser in Halle in 1915. “I was a dramatic soprano right from the beginning” she said and her repertoire included Aida, Norma, Amelia Ballo, Santuzza, Donna Anna Don Giovanni, Leonora Fidelio and the Marschallin as well as the major Wagnerian roles for which she is most famous. She appeared at Covent Garden for fifteen consecutive seasons between 1924 and 1938 as Brünnhilde, Senta, Kundry and Isolde, as well as singing Leonora Il Trovatore, Donna Anna, Marschallin and the title role in Gluck’s Armide. Her solid vocal technique was built on a true bel canto style of singing which she said she then developed for the demands of the heavy dramatic repertoire – a lyric soprano intensified, as John Steane described her. Two remarkable recordings of Leider in Act 2 of Götterdämmerung at Covent Garden survive from 1936 and 1938, conducted by Beecham and Furtwängler respectively: she is electrifying in both. The recorded sound is perhaps slightly better in the earlier version, and Melchior in great form as Siegfried. The comparison between the readings of these two great conductors is also fascinating.

In addition to her London appearances, Leider sang in Vienna, Paris, Milan, Chicago, Buenos Aires and for two seasons at the Met in New York. She was also at Bayreuth in 1928 and again from 1933 – 38 in the Ring, Tristan and Parsifal. Leider married Rudolf Deman, leader of the Berlin Staatsoper orchestra, in 1930. Deman was Jewish and with the Anschluss of Austria in 1938 her operatic career in Germany ended and German artists were also prohibited from working abroad.  She was fifty years old. Frida escaped to Switzerland with her husband and only after the war could she return to Berlin. She taught at the Hochschule and worked as artistic advisor at the Staatsoper, where she also staged a production of Tristan, conducted by Furtwängler.

Rare footage of Leider and Max Lorenz rehearsing at Bayreuth in 1934:
https://www.youtube.com/watch?v=YHRFrmoedDg 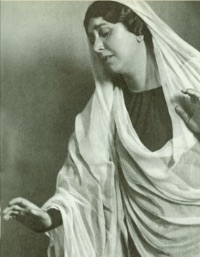 Born in Copenhagen, Melchior sang in a church choir as a boy soprano and then as a baritone with the Danish Royal Opera, make his debut as Silvio I Pagliacci in 1913. Studies with the Danish tenor Vilhelm Herold (who had sung Lohengrin and Walther at Covent Garden early in the 20th century) revealed the heldentenor in Melchior and he made his tenor debut as Tannhäuser in Copenhagen in 1918. By 1924 he was singing Siegmund at Covent Garden and at Bayreuth, where he also appeared as Parsifal in that year for the first time. He then sang at Bayreuth every season until 1931, and every year at Covent Garden from 1926 to 1939.
Melchior’s Met debut in 1926 was also as Tannhäuser but much greater acclaim followed his Tristan there in 1929. He sang at the Met until 1950, but much to his disappointment, only in the German repertoire. He longed to sing Otello and Radomes in New York, as he had done at Covent Garden, but Edward Johnson, Met General Manager, had Martinelli and Vinay for those roles and refused to cast Melchior alongside them.
After the war, Melchior appeared in five Hollywood movies and made frequent appearances on radio and television. He created the Melchior Foundation to help aspiring Heldentenors into the repertoire he had virtually made his own. There are numerous recordings of Lauritz Melchior, with many of the great singers and conductors of his generation. Frida Leider (featured in the March Newsletter) said that his Tristan “has not been equalled”. Listen to them here in the Act 2 duet, conducted by Albert Coates in 1929:
https://www.youtube.com/watch?v=gUslkjy992U

Torna a Surriento, at the movies: https://www.youtube.com/watch?v=m4luX-POpJM